The NYPD: Examine Thy Own

The predator who entered my neighborhood in upper Manhattan several weeks and allegedly raped a woman at gunpoint turned out to be a New York City police officer. This latest police misbehavior occurred not long after two police officers escorted a drunken fashion designer to her apartment; one lay down next to her and crooned Bon Jovi songs while his partner napped on the couch. So who is protecting us? 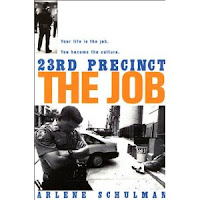 Men and women of the Police Department are as physically, psychologically, and culturally diverse as the rest of us. From sensitive and committed to angry and abusive, bullies and bigots, obsessively organized or sloppy, heavy drinkers and non-drinkers, some are street smart, confident and emotionally intelligent while others are fearful, threatened, and insecure. One may have witnessed horrible acts of violence out in the street while another handles bloodless paperwork; some may have been bullies as children while others still are; some despise women or men, others love them; one shudders at the thought of gay marriage while another makes plans to marry his or her partner; some are loners, others have many friends; some are dating online, others are at home with their cats and their kids; they may dislike African-Americans, Hispanics, Asians, whites, and others, and others may reject organized religion. They are made up of everything we are.
But do we really know what they are made of? The NYPD successfully uses CompStat to track crimes and reveal crime patterns. Why not analyze the NYPD’s own crimes and misdemeanors by organizing a computer database to help detect potential future criminals within its own ranks? It’s impossible to predict what patterns, if any, may emerge from the past 10 years, but it is worth a try to protect the public and the NYPD from each other.
A computer database can be programmed to compile connections and patterns by digesting information relating to NYPD offenders including age; gender; years on the force; positions within units and ranks held; origin of birth and current residence; marital status; education; ethnic background; relatives previously or currently incarcerated; past work history; military experience; possible prior gang involvement; relatives connected to gangs or organized crime; the name of the recruiter/friend/family member who connected them to the NYPD; family background; previous warnings on their police record; warning signs witnessed by their supervisors or fellow officers; any red flags from Internal Affairs, local precincts, or other police departments; the name of the psychological evaluator; and details of the crime or misconduct he or she committed.
Psychological exams, held as a barometer of mental fitness for entrance to the Police Department, can only offer, at best, an evaluation of what a person is made up of on one particular day. A psychological exam is often no better than the person handling the evaluation. Exams and psychologists cannot predict how cops will develop as people and as members of the NYPD. How one handles the joys, trials and tribulations of his or her personal life is not taken into account; you would have to be clairvoyant. 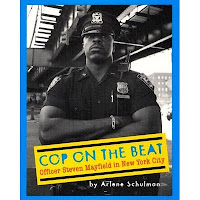 Police Commissioner Ray Kelly doesn’t get to pick his troops, and if he did, they would be in excellent physical shape and of superior character. To move up in the ranks, a cop only has to be an excellent test taker to pass a civil service exam. These exams do not measure managerial experience, patience, or even common sense under unpredictable working conditions and they don’t measure anxiety or depression, grace under pressure or under fire. One hopes for the best.
Cops are no better than the society that they police. An impulsive encounter, a night out drinking, a mistake of judgment, an error of the heart, rather than of the mind, happens to all of us.
Placing a man or woman in uniform doesn’t remove their humanity or their flaws or their conscience and morality. But they have taken an oath and this should mean something. By examining the men and women who have hidden behind badges and guns over the past decade and found guilty of misconduct and crimes, we may find patterns and connections and possibly eliminate the future criminals.
Or, we may just find human nature.
Email Post
Labels: Commissioner Ray Kelly CompStat New York City Police Department NYPD police misconduct psychological exam