Celebrating 20 years: The Prizefighters - An Intimate Look at Champions and Contenders 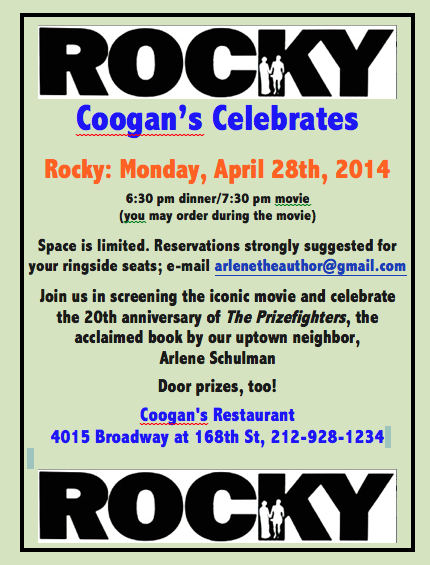 From the 20th anniversary celebration at Coogan's featuring a screening of Rocky, Monday, April 28th, 2014. 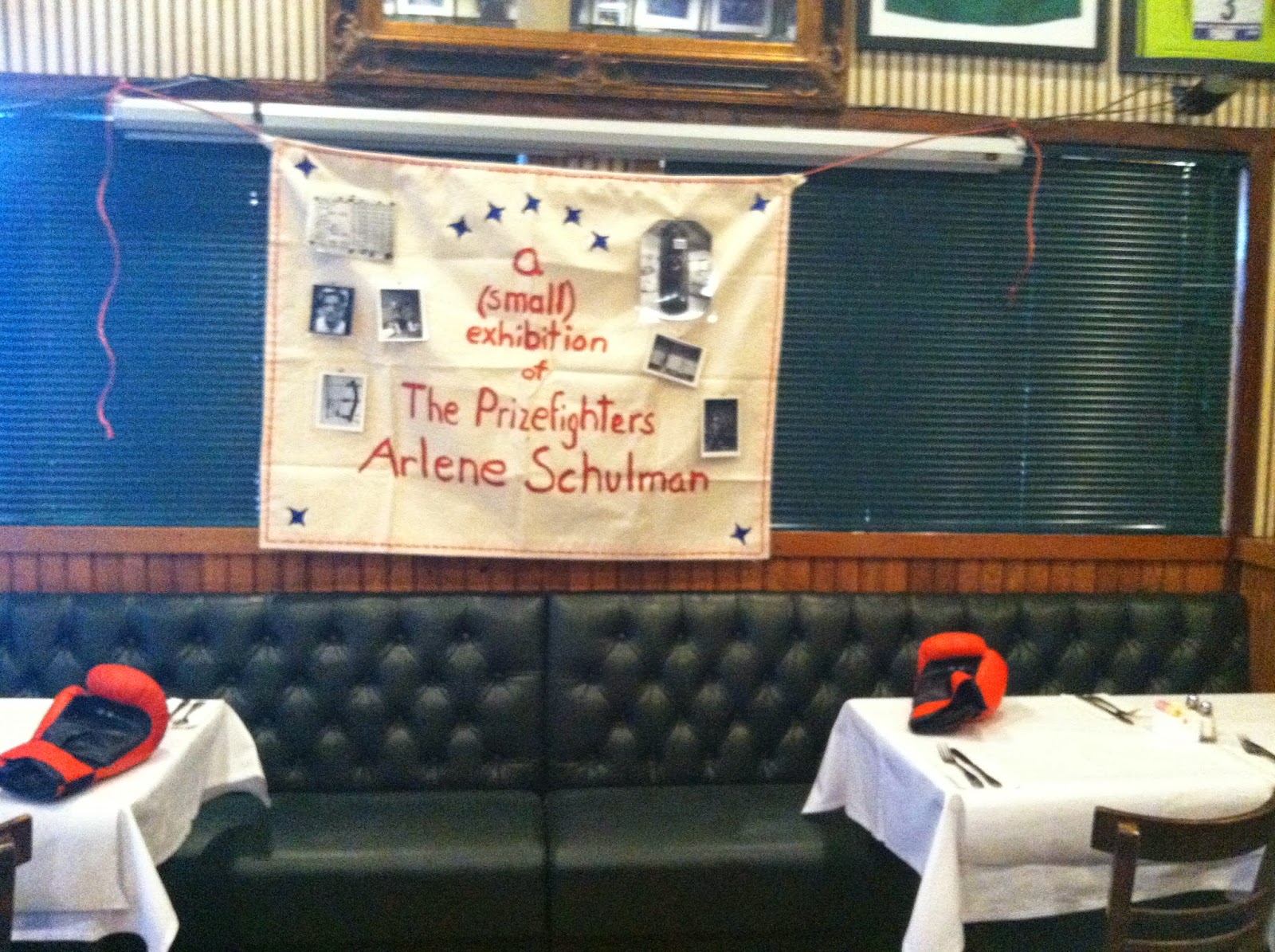 Thank you all for joining me this evening.

The first time I ever gave a speech in public was in front of 500 people when I received a prestigious award from the Boxing Writers Association of America. Heavyweight champion Joe Frazier sat to my right on the dais and he assured me that there was nothing to be nervous about. After all, he had fought Muhammad Ali.

Well, the warning bell rang before the program was to begin and I began to hyperventilate. So I visited the ladies room to splash cold water on my face and to dry my armpits with paper towels. My speech was left on the table next to Joe Frazier.

Then it was my turn. After days of rehearsing with five pages of script in hand, I stood fearlessly in front of the crowd like a champion. That is, until after I spoke into the microphone. After my opening line, I stopped and thought “Oh, THAT’S what my voice sounds like.” And then I got really nervous.

Five pages seemed like five hours and when I got to the end, I realized that someone had removed the last page of my script for Joe Frazier’s autograph.  What did I do? I ran around the stage, looking under plates and on the tables, looking for the paper and then returned to ad lib the rest. These dinners were traditionally boring and it led people to note that, for once, the dinner was pretty entertaining. 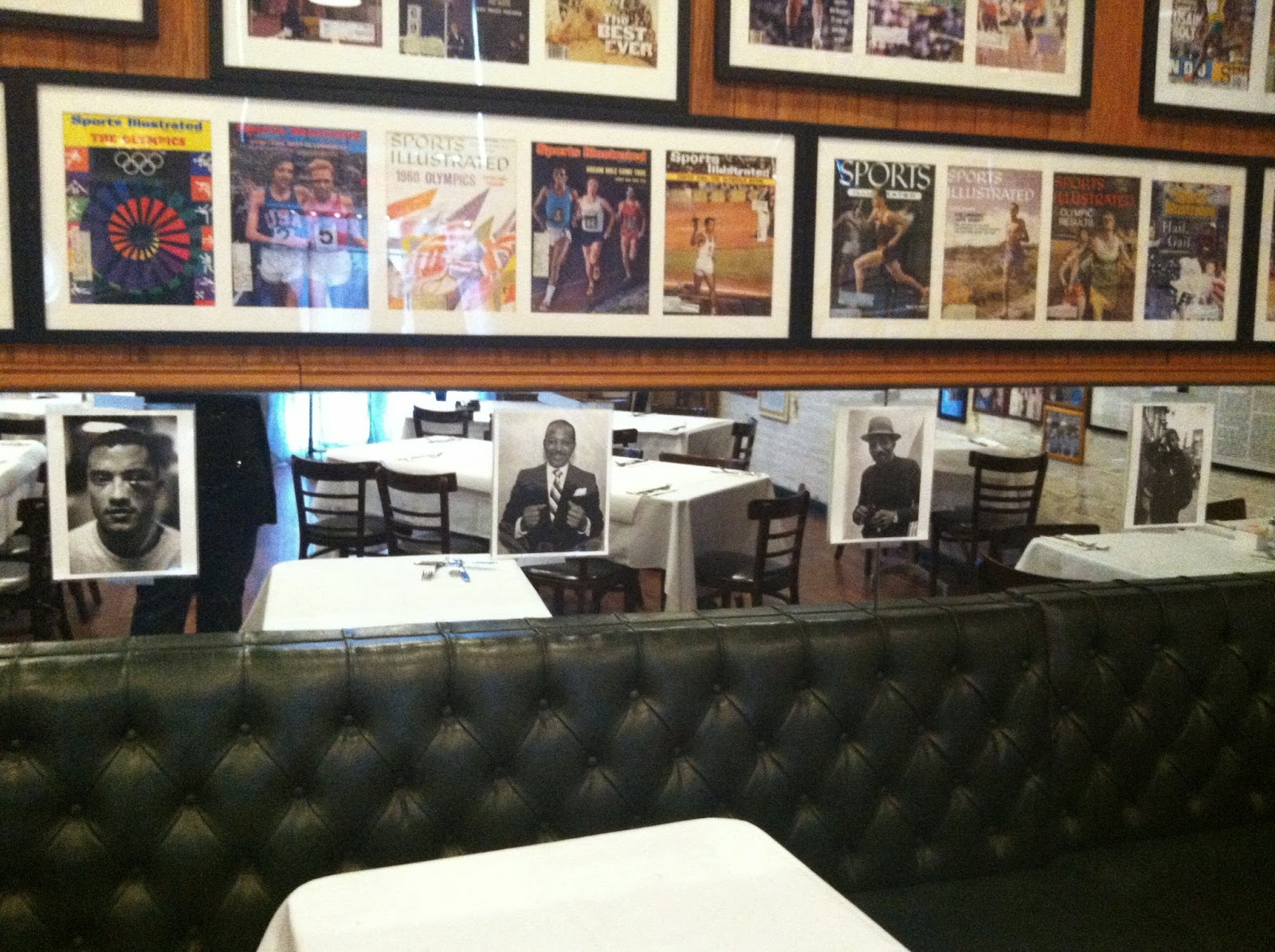 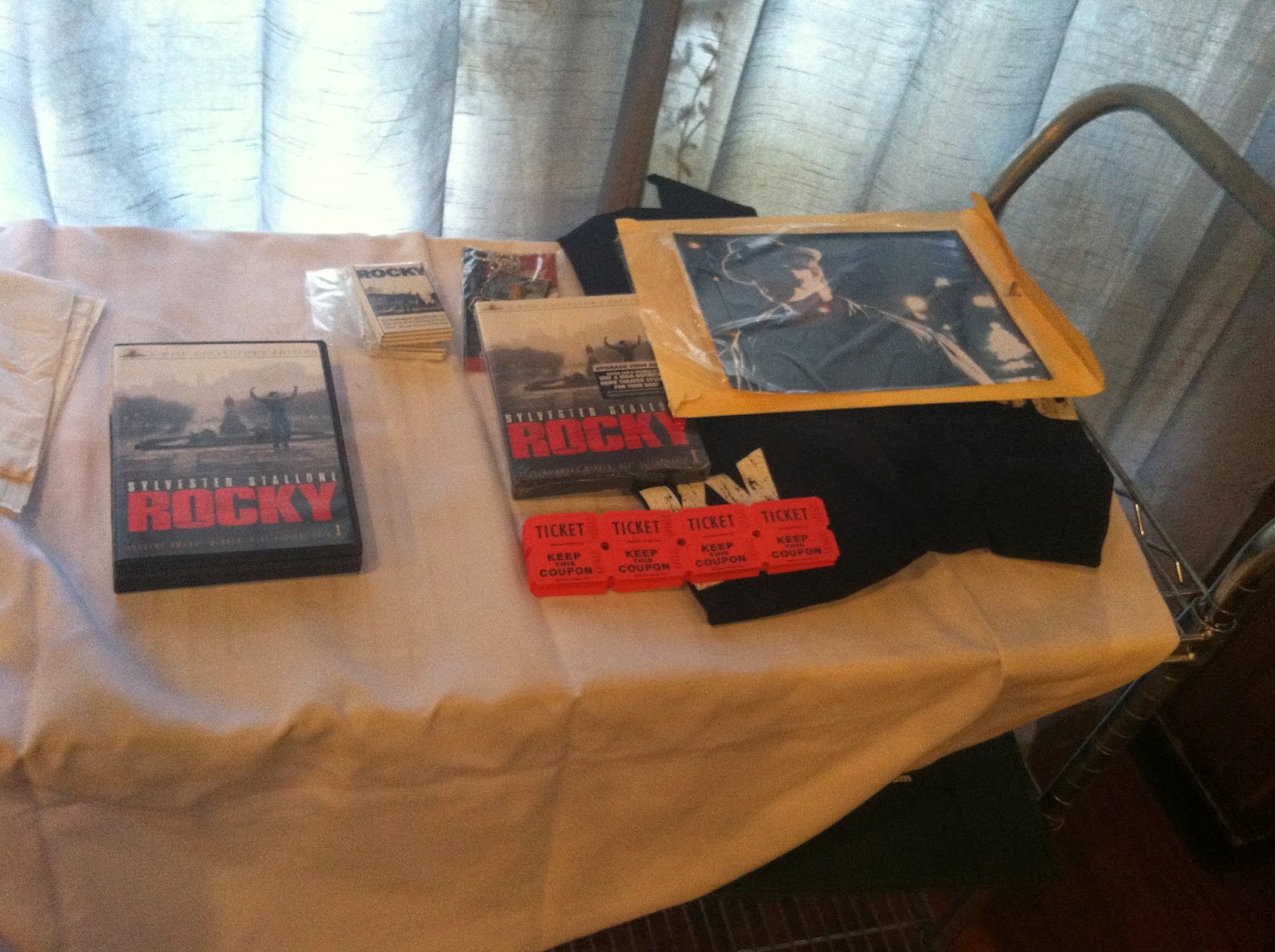 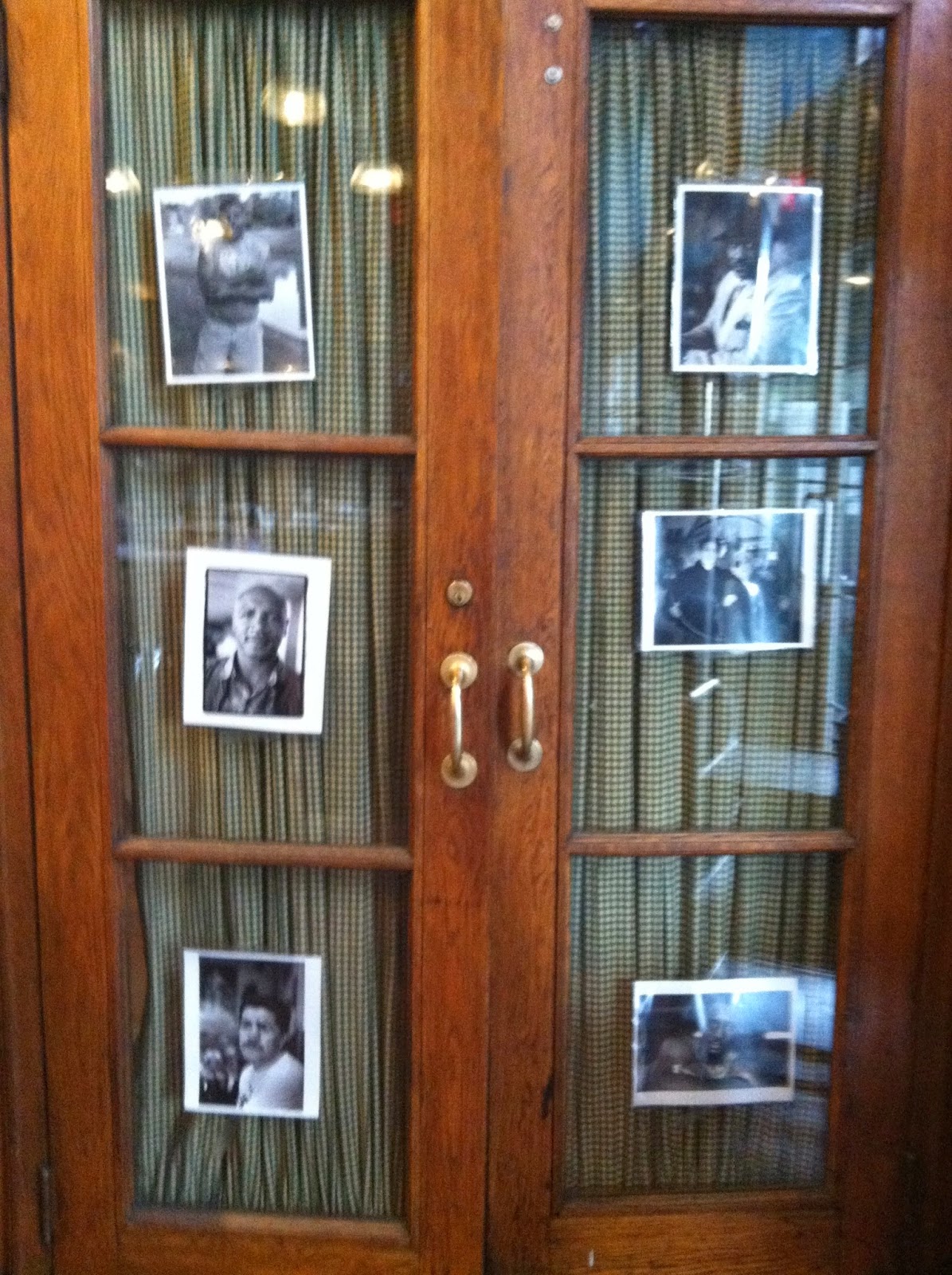 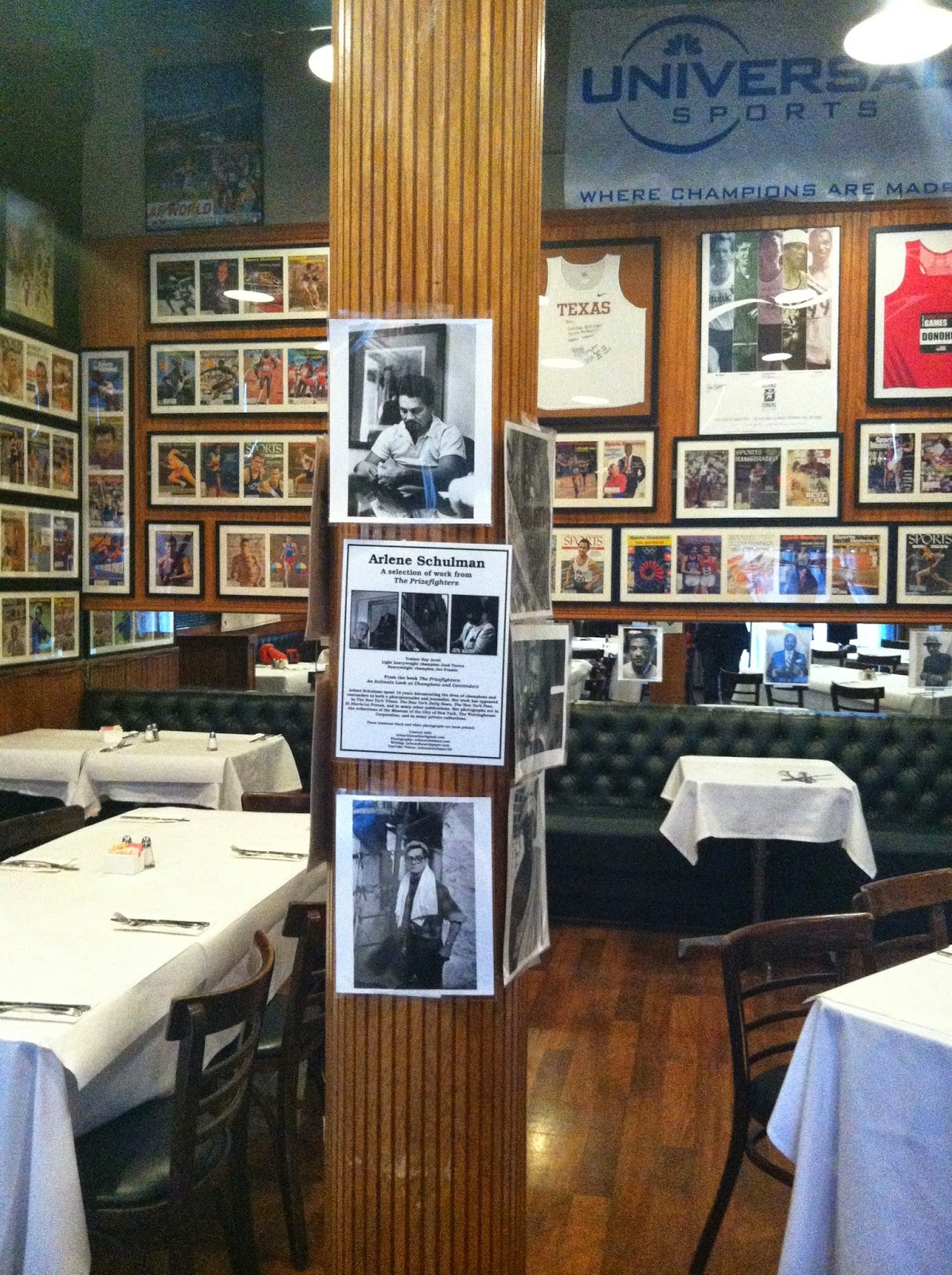 So to avoid any mishaps, I have five copies with me.

We are gathered here today to celebrate The Prizefighters. The book marks 10 years of my traveling around the country, sitting in living rooms or at kitchen tables, walking through Bed-Stuy to catch Mark Breland or Riddick Bowe in training or sitting ringside for a long undercard and main event at Madison Square Garden. 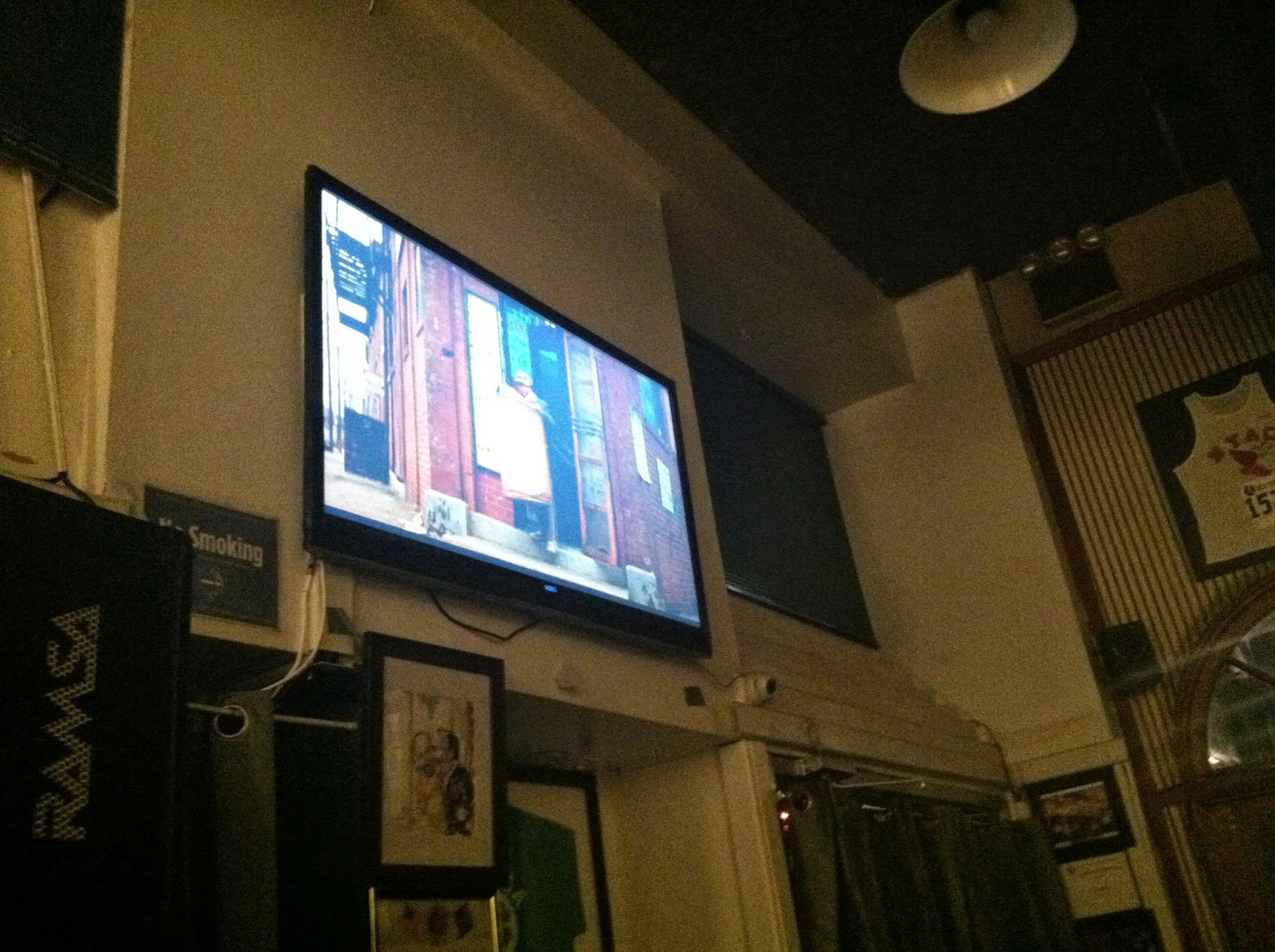 It doesn’t seem like 20 years. It just seems like yesterday when I ran into the trainer Ray Arcel walking down Fifth Avenue on his daily walk, or visiting Leon Spinks in Chicago where he complained that people kept stealing his dentures for a souvenir, or flying to Ghana to visit Azumah Nelson, photographing a pristine gym in San Francisco, melling the old sweat of champions at Gleason’s Gym on 30th Street, or having Emile Griffith call out to me at the Times Square Gym, “Hey, girlfriend.” 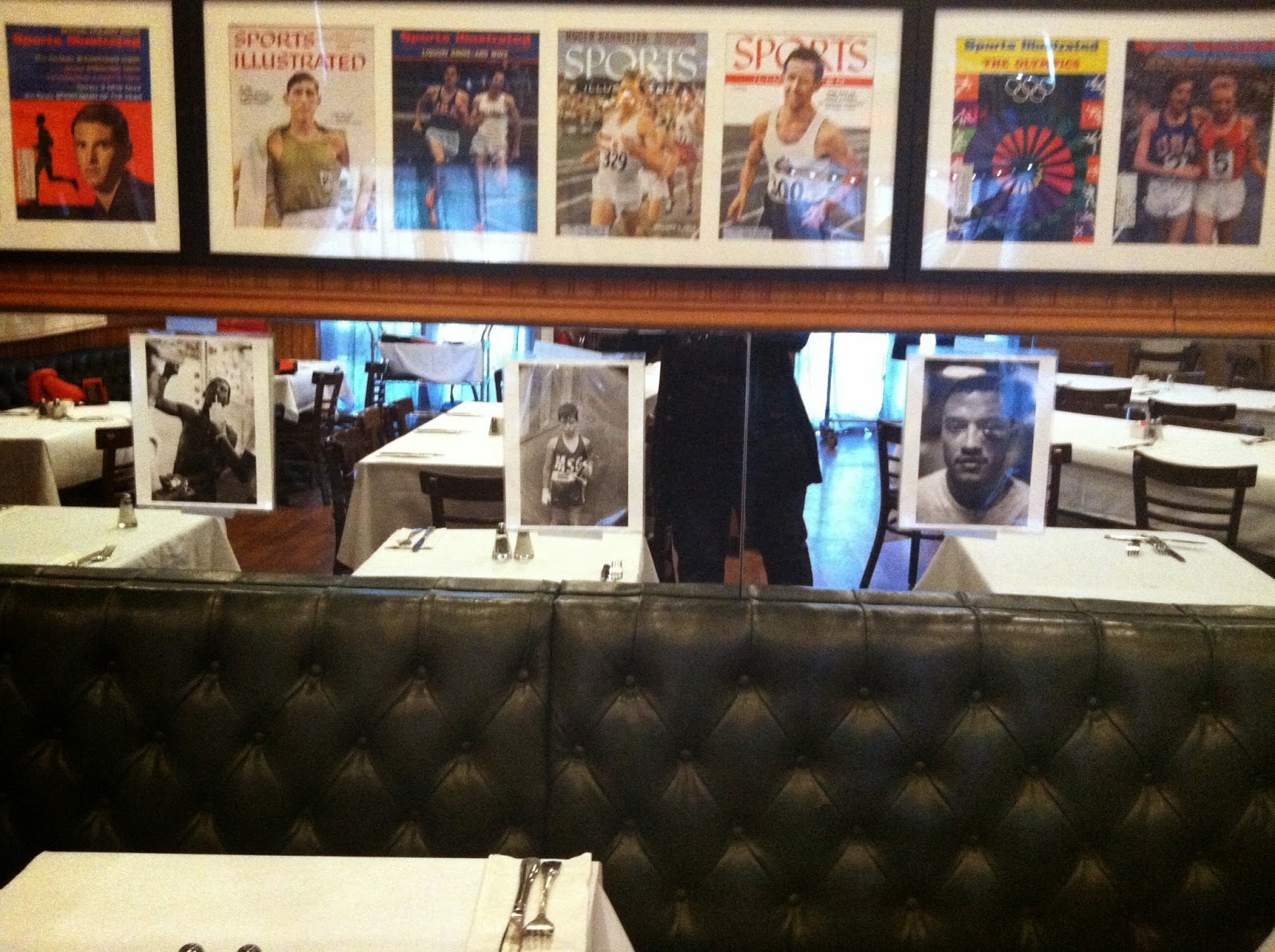 The Westside Boxing Gym became my home. I spent hours photographing and interviewing fighters, particularly Golden Gloves champion Anthony James, at this gym on 163rd and St. Nicholas. The owner and head trainer Artemio Colon talked about training fighters, showed me boxing moves, and talked about life. This was followed by many dinners with Colon and his wife, Maria. And then he introduced me to his daughter-in-law, Linda, who lived on the sixth floor with Junior, Colon’s son, and their daughter, Jessie.  I don’t think we’ve ever stopped talking and Linda is one of my treasured sisters.

But it was from Colon, whose gentle dignity, who accepted me into his world and his home without judgment and with good humor, no matter how many times he was asked questions. And most of you know – I can ask questions! On fight nights, we squeezed into a someone’s car – Colon, Junior, the fighter, a cut man, the fighter’s friend, and me in the back seat  – to travel to amateur fights with the hopes of coming home a winner. To Colon, everyone was a winner. And he is with us tonight. Ladies and gentlemen, Artemio Colon!

The boxing world was an amazingly open world for me, filled with characters that were so wonderful to write about. From Roberto Duran and Hector Camacho to Don King and Butch Lewis to Mike Tyson and Larry Holmes, I could see how fascinated a subject this was for writers through the ages. The drama of man and foe gave rise to endless creative possibilities.

And then there were the photographs. The camera was and still is an extension of myself and I would stop a fighter to say, I’d like to take your photograph. And that was that. The beauty of black and white, of portraits of men who fought for a living, took them out of a place and time and immortalized them. And to those men and to that world, I owe an immeasurable amount of gratitude.