Vanishing Spanish Harlem: From the Selfless Selfies Exhibition at NoMAA

Spanish Harlem becomes smaller and smaller every year as the Puerto Rican population is replaced by the all-too familiar gentrifiers. The faces of neighborhood residents, from Pepe and Margo, an older married couple, to Lucia, a mother and grandmother of many, can no longer be seen. These photos were shot using black and white film, echoing the vanishing world of non-digital photography. The four women and one man portrayed here were among the first wave of Puerto Rican immigrants who arrived in New York City's El Barrio with dreams of street paved with gold. With each passing year, the Puerto Rican community of Spanish Harlem/El Barrio/East Harlem slowly disappears as the older population passes away, while families move to the suburbs and other parts of the country.

Here is a link to the New York Daily News story that includes information about the photographs and the exhibit. And a link to a story in The Manhattan Times. 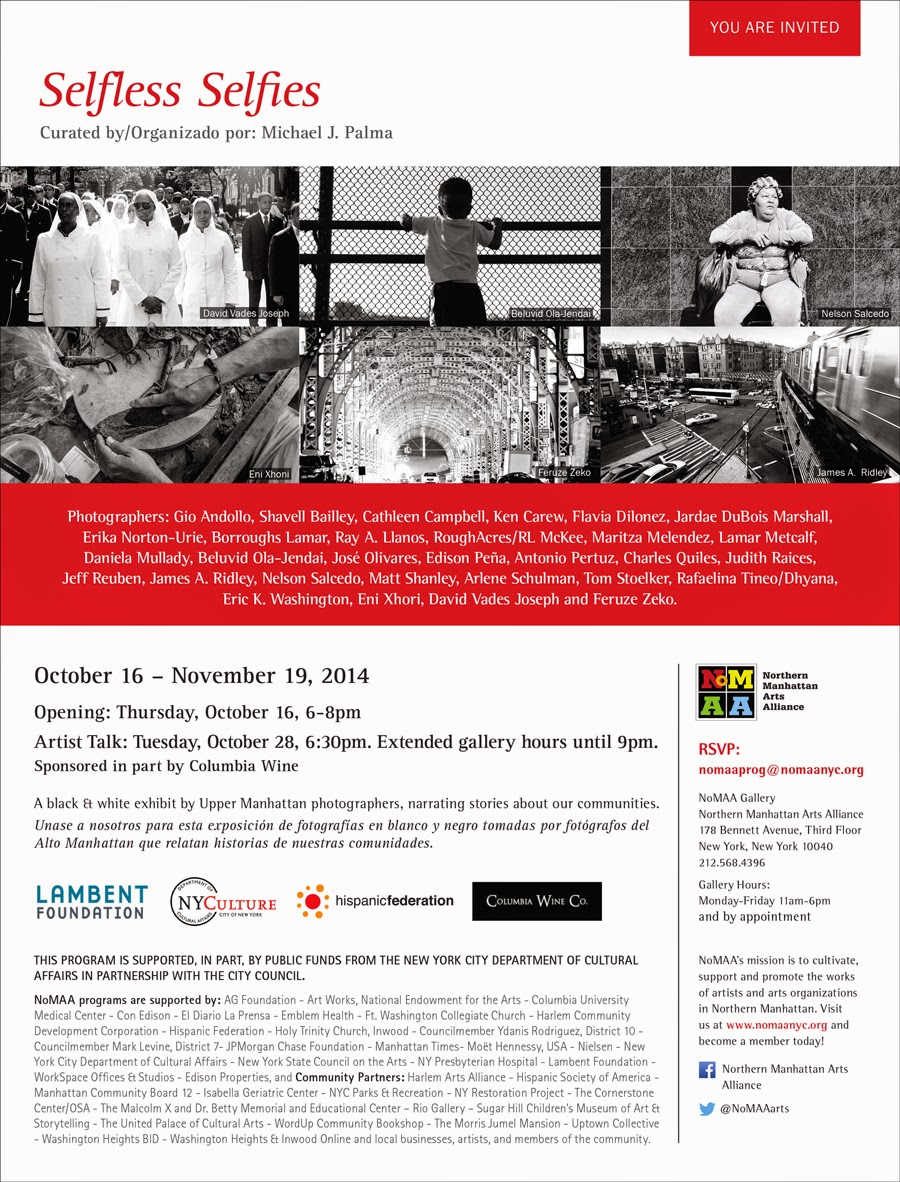