A selection of images from the exhibit,
Arlene Schulman: The First 100 Years.

Arlene Schulman started photographing the people of New York City when she was an eight year old living in Brooklyn. Using an Agfa 35mm camera handed down to her by her father who taught her how to shoot, develop, and print black and white film, she acquired her sharp eye for detail and an uncanny ability to demolish the wall between subject and camera to reveal the truth of who we are.

Ms. Schulman’s extraordinary body of work—immortalized in books of majestic photographs and in films and photographic essays—illuminates facets of New York City that the majority of us never see: gritty city living, boxing gyms, baseball dugouts, police officers on the beat. Capturing the heroes, colleagues, and neighbors among us in gritty, straightforward, large format images that celebrate and ennoble the human condition, Ms. Schulman brings her life’s work together for the very first time.
“Arlene Schulman: The First 100 Years” is a unique vision of life in New York City as she has lived it and a foreshadowing of what she—and we—may see during the next “100.”
Reception sponsored by Schnipper's Quality Kitchen and Manhattan Borough President Gale Brewer. 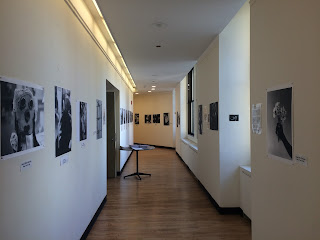