If most crimes in New York City were committed by average looking white women of a certain age and proportions, women who look like me would be stopped and frisked from sunrise to sunset.  But most women who look like me aren’t dealing drugs or committing robberies or burglaries or shooting their neighbors or cocaine dealers. 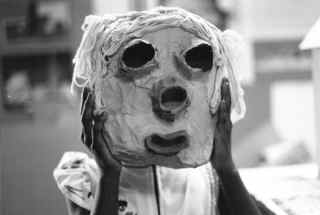 So I’ve never been stopped and frisked. Why would I? Men of color commit the majority of crimes in this city. And their victims are most often, people of color. I can’t help but feel that the two sides of the stop and frisk experience will never view the world and each other the same way. The young men who are subjected to stop and frisks and the cops who patrol the city travel in two concentric circles. As a writer who recorded cops in action for more than two years and wrote two non-fiction books about their lives on patrol, the saddest part is that the hardworking people who are most often victims of crimes get swept up along with the worst and most dangerous parts of their neighborhoods.

Stop and frisk is a numbers came.
Descriptions broadcast over a police radio are only as specific as one given by a victim of a crime. Black male, medium build, wearing jeans and a t-shirt. How many young men does this represent? Cops look out into the streets from the windows of their air-conditioned patrol cars and see hundreds of young black men. How do you pinpoint just one? You don’t.  It’s impossible, just as picking out a white woman like me in midtown means you stop many in the hopes of finding the right one. And all it takes is one gun, one bullet for a mother to lose her son, her daughter, her husband.
There may be a scientific component to the art of police work but the core of the job is carried out by a man or woman who operates by his or her own instincts. And sometimes those instincts are not the right ones on any given day. I found that the cops I traveled with for my books 23rd Precinct: The Job and Cop in the Beat, all armed with the same training, acted on the basis of their personalities, intellect, experience, and capacity. How do you know if your decision is the right one?
Some of these police officers carried the frustration of witnessing men and women struggling to keep their families on the straight and narrow path only to be victimized or bullied by someone in their neighborhood, and then seeing the criminal back on the street again and again. There’s a certain expectation with a career criminal: Maybe he’s not carrying a gun on Tuesday but he may have one on Friday. I’m reminded of the lines from Gilbert and Sullivan: Things are seldom what they seem, skim milk masquerades as cream. And then there’s the theater of the arrest: People come running to taunt the police, bottles thrown from windows, and insults hurled when someone is arrested. There are no guidelines for human behavior and emotions on any given day.
The game of the streets is a dirty one, whether you are an active participant or not. The cop being taunted may be the same one responding to a 911 call for help from the same person who just cursed them out.  The innocent young man walking home from school or from work gets caught up in the mayhem by virtue of living among people who have done jail time or contribute little or nothing to their communities. On a hot night with crowds of people outside, there’s a fear by both the cops working the streets and people living inside of their homes that something will happen. 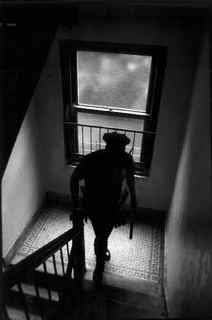 I worked with cops who handled stop and frisks and left the person with a handshake and a “hey, man, just part of the job” sense that we’re all in this together. Others, and the women are judged with the men, jumped out of their patrol cars like professional wrestlers with the single minded judgment that “they’re all criminals” and left resentment behind. Another cop was renowned and praised for getting guns off the streets. After a few nights of riding along, I found out why. He stopped and frisked plenty of young men, betting on the odds that they were carrying a weapon.
An old friend of mine has lived in Washington Heights for decades and has been stopped many times.
“It’s part of living in this neighborhood,” he said, resigned. “Nothing we can do about it.”
It isn't an easy life for a man living in Washington Heights or Brownsville or East New York, where I grew up, and being a cop handling crime in the streets isn’t an easy job. Everyone wants to return home safely at the end of the day.
There’s a large gap here, and it takes place on three levels. The first is how the police handle the people they stop, the second is the innocent man being stopped and frisked, and the third is the criminal element which flourishes with a hands-off policy. If Police Commissioner Ray Kelly instructed his cops to eliminate stop and frisks completely as some would like, a spike in crime and deaths will certainly happen. How do you explain this to someone’s family? The way to bridge this gap would be better training for cops on how to conduct stop and frisks.
Other cities are placing cameras on the uniforms of their police officers. If the police recorded stop and frisks and other encounters, just as they are by witnesses using camera phones, these recordings could provide evidence and information. The camera, called a Body Cam, is used in Oakland, California and in Burnsville, Minnesota, a town smaller than most Brooklyn neighborhoods.  It offers the opportunity to provide evidence of misconduct or serves to exonerate.
At the end of the day, one cop may suspect a gun and be right. Another may suspect a gun and be wrong.  Not every cop has the same instincts and not every young man is guilty or innocent. Refining the process and procedure to enact more accurate stop and frisks ensures a more targeted approach.
Only when more and more of our men are holding down jobs and getting an education rather than finding themselves in jail, then there will be less crime and less opportunity for young and innocent men to be judged as criminals.
It’s going to be a long, hot summer.
What would you do?
Email Post
Labels: Cops NYPD police policing stop and frisk