Arlene's Travel Tips (some are for the birds)

1.     Hungry before your flight and thinking of trying that hot and spicy mystery sauce? An hour prior to departure on that overseas flight is not the time to experiment with something new from the airport cuisine. I know. I once scarfed down a roast beef sandwich with horseradish just before a flight to Ireland. My stomach rebelled just as the engines kicked in and lasted until well after we landed. I spent most of the flight out of my seat and chatting with the flight attendants, who had their own seats nearby. We were practically on a first name basis. As I waited my turns, one told me about her years of service with different airlines and how their pensions have dwindled. The conversation would never have happened had I not been trotting up and down the aisles. Was it worth it? Not really.

2.     Purchase water and snacks before boarding. Okay, these things are overpriced. But on one flight the drink cart was just two rows before me and then – the pilot announced turbulence, the cart was put away and no water or soda or drinks for anyone. By the time the turbulence subsided it was too late to bring the cart out again. This doesn’t always happen. But just in case it does, you'll be prepared. 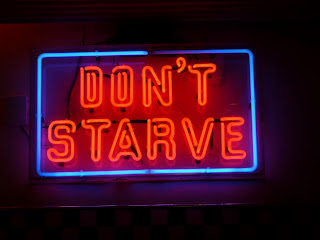 3.     Sit as close to the front of the plane and on buses as you can. Nothing worse than hobbling through the entire bus, banging backs of seats and people with your bags. Or not hearing the bus driver recite important information.

4.     Be friendly to your flight attendants: a hello, thank you and goodbye and only ring the call button when necessary. On a recent flight, an announcement was made before boarding that this was a full flight and passengers in Zones Four and Zone Five were being asked to check their carry-ons. Well, you know where I was! Zone Five. But of course!

Well, I was traveling with a laptop in my handbag/overnight bag and a carry-on with photography equipment and there was no way I was going to check that. And if I tried to sneak past – well, don’t try and get anything past a flight attendant. I politely approached the counter and said, “Hello. As luck would have it and I’m in Zone Five. My bag has camera equipment in it and I’m afraid to hand it over. What would you suggest?” The flight attendant didn’t miss a beat. “Come see me after the Zone Three has boarded.” Not only did I board earlier than my fellow Zone Fivers but my bag was placed right above me, not 20 rows back. Hooray!

5.     Turn off your cell phone. One flight attendant told this story, in her most charming Southern accent but in a tone that could cut a table in two, to one recalcitrant male who refused to turn his off in spite of several announcements and personal warnings from her. She was on a plane, she said, when an FAA inspector boarded. Every person he caught with his or her cell phone on, she explained, received a fine. One man angrily announced that he would not pay it. “That’s your choice,” the inspector said. “You’ll be banned from flying on every domestic flight.” That, she said, was the end of the conversation. The man on my plane turned his phone off. That was the end of THEIR conversation. But, in the meantime, a woman sitting next to me was busy texting to her traveling companion one row over.

“I didn’t hear anything,” the young woman protested.

“Yes, you did,” the flight attendant said with an elegant firmness. “You chose to ignore it. Turn the cell phone off. You have two choices. You can either turn it off or someone will be meeting you at the gate.”

She still didn’t turn it off. “Yeah, yeah,” she said without looking up.
"Completely off or we can have someone meet you at the gate.”
My fellow passenger finally turned it off and stashed it in the seat pocket in front of her and closed her eyes with a sigh.

The flight attendant would have made a great dean. I thanked her as I departed the plane. “You handled that beautifully,” I complimented. "I just wanted to let you know that someone noticed.”

6.     Save a stash of old clothes, socks, and underwear for traveling that are still presentable and dispose of them instead of bringing them home. Makes for a lighter suitcase and more room for souvenirs.

9.     Be careful of what you eat. It turned out that peanut butter cookies were a treat for the birds. This might explain why Oscar, the African gray parrot that whistles the theme song from Jeopardy, gave me murderous looks and bit me twice. 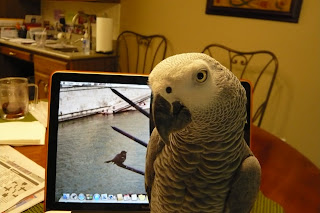 10.     Check with your host or hostess as to what is available to eat. My uncle and aunt have a separate refrigerator set out on their sun porch for sodas, drinks, and what I thought were plastic bins of cheerfully colored alphabet cereal. I was a handful away from grabbing a few to munch on when I noticed the beady eyes of Oscar trained on me. I looked at it again and decided to sniff it. Definitely for the birds. 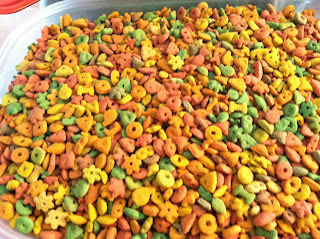 The morale of the story is: Respect the flight attendants and birds, check what you eat whether you’re in the airport or have your head in someone else’s refrigerator, and when all else fails, you’ll be home before you know it.